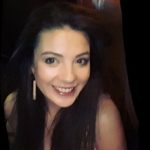 In 2019, on the back of a trial Mentoring Skills Training Programme, a number of pharmacists contacted the Irish Institute of Pharmacy (IIOP) to ask for more to be done in this space.  In October of this year, the IIOP launched its first Mentoring Programme for pharmacists. This evidence based, formal yet flexible programme is bespoke to pharmacists working in all practice areas and is the first of its kind offered to pharmacists in Ireland. The IIOP mentoring programme is working to build belief in and understanding of mentoring across the profession and to drive a culture of self-leadership and leading others.

Join Sarah Chambers, the IIOP Mentoring Programme Lead, Dr. Rachael Clarke (Programme Consultant) and a panel of three pharmacists who participated in the development of the programme to talk about building a culture of mentoring in Pharmacy and what they feel is the prescription for success.

–        What are the challenges and opportunities unique to Mentoring in Pharmacy?

–        What was the impact of building a programme for front line workers in a Pandemic?

–        How do you build a sustainable programme with limited resources and without an organisational mandate?

Expect to hear about:

Dr. Rachael Clarke is an accredited mentor and coach supporting the development and implementation of the IIOP Mentoring Programme. A former Neuroscientist, Rachael worked in a variety of senior leadership roles for AstraZeneca for over 12 years. As the Global Head of Education and Engagement, she led a successful functional mentoring programme as well as building a culture of social learning for Global Compliance and Sustainability Subject matter experts. Changing countries and career in 2019, Rachael now combines her passion for Neuroscience, Learning and Leadership from Ireland, working with individuals and teams globally to build belief in the power of mentoring and coaching.

Sarah Chambers Sarah Chambers is the IIOP Mentoring Programme Manager. She is a trained coach and mentor and an EMCC accredited Mentoring Programme Manager. She has been lucky throughout her career in pharmacy to benefit from mentors, although to be honest she would not have known to even call it that at the time! She qualified from RCSI in 2008 with a Masters in Pharmacy and worked as a community pharmacist for several years and was awarded Young Pharmacist of the Year award in 2017. She made a decision to change career path and moved to work in the Irish Institute of Pharmacy team in 2018 to have a wider circle of influence and to support the development of the role of the pharmacy profession. She is both a mentor and a mentee herself and is passionate about the possibilities mentoring can bring to the pharmacy profession.

The Irish Institute of Pharmacy’s (IIOP) role includes the development and implementation of a CPD system for pharmacists in Ireland and the development of pharmacy practice in line with international best practice and evolving healthcare needs.