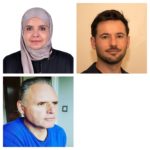 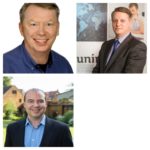 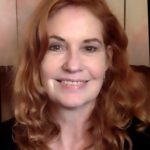 She is the creator and developer of the Jess (TM) Resilience-building model. The Jess resilience-building and well-being management programmes are underpinned by coaching and are based on the Jess resilience-in-action model. Jess is for any organisation and individual wishing to embrace a comprehensive & sustainable wellbeing and resilience-building work and life style.  The programme provides unique tools that can assist people to build resilience in individuals, leaders, teams and groups. Organisations such as Irish Life, Met Life, Red Hat, Inspire Leadership, IPPN, NEPS and Edelia Group have used Jess to enhance their employee well-being.

Piotr Ciacek  is an entrepreneur. His journey with mentoring started 15 years ago, when he introduced “mentoring” into his own company. Now he works as a professional coach and mentor. Founder and creator of the first mentoring training programs in Poland accredited by EQA EMMC on the Foundation and Practitioner levels. Author of textbooks and training books such as: “ Mentoring—user manual”, and “12 dysfunctions of a mentoring process”.

He is the owner and Managing Partner of Stibitz. At the same time realizes his individual career path as a certified and accredited coach, mentor and trainer (EIA EMCC – Senior Practitioner,  John Maxwell Team).

Co-founder and for many years a director, board member and supervisory board member of SMG/KRC Poland – (then MillwardBrown, now Kantar). Apart from that, he is a business practitioner, creator of his own training programmes for middle and senior management. He is the only one in Poland to hold the international EQA EMCC accreditation for original mentoring programmes. He was the subject matter supervisor of the fifth edition of the mentoring programme of the Businesswomen Leaders Foundation. He has conducted over 1100 individual coaching and mentoring sessions and nearly 550 soft skills trainings. Moreover, he has conducted 10 editions of the Mentor Foundation mentoring course and one edition of the Mentor Practitioner course.

Pablo Cardona – representing UNIR – Pablo holds a PhD from UCLA. He has been professor of Leadership at IESE (Spain) and CEIBS (Shanghai), where he started Coaching and Mentoring courses that lead to EMCC EQA programs. Currently, he is the Dean at Universidad Internacional de la Rioja (UNIR), in Spain, the biggest online university in Spanish language with over 50.000 students. He started the first EQA program at UNIR few years ago. Currently, this program has over 100 students every year. He became the first president of EMCC Spain in 2019.

Pablo Cardona is an author of academic articles and books about Leadership, Cross-cultural management, Talent Development, and Trust.

Ed Parsloe is Chief Executive of The OCM Group – a highly experienced professional coaching and mentoring services leader who enables individuals and organisations to be stronger, more capable and more adaptable through great coach-mentoring.

He has special interest in supporting people to make career transitions to become professional coaches, mentors and supervisors and working with organisations to implement strategically aligned coaching and mentoring solutions.

Raja Al-Laho has over 25 years of experience in the provision of consultancy, training and coaching.  And has specialized in the development and performance and worked in many projects and training programs for companies public and private institutios It also provided training and orientation and Coaching for many entities and Executives in Kuwait and Gulf.

Andre Budel is an Aerospace Engineer serving in the Royal New Zealand Airforce. During his career with the RNZAF he has fulfilled a number of positions in engineering, leadership and procurement. Outside of his service with the RNZAF, André also has professional experience in the wine and hospitality industry amongst other leadership positions.

André has been an active member of the RNZAF Mentoring Programme since 2009 in a variety of roles as he is passionate about professional and personal development. André’s involvement in the mentoring programme  has included him being a: mentee, mentor, workshop facilitator, industry engagement liaison, conference speaker and a team lead in both Auckland and Wellington.

Outside of his professional life André is a keen hobbyist photographer and technologist. He has recently completed an MSc in Advanced Computer Science and is always on the hunt for innovative projects that utilise his technical competency and provide a creative outlet.

Andrés aim is to use leading edge methodology and tools to help him better assist others by continuing to seek new skills, knowledge and experience in professional workplace mentoring and coaching.

James McLeod – After a long career in international media sales, James moved into leadership training, mentoring and coaching in Shanghai, China in 2009. He worked exclusively with multinational corporations based in Greater China including Ericsson, Siemens, Novartis, Carrefour, GSK and Rio Tinto.   At this time, he took his EMCC coaching qualifications and subsequently ran courses both inter-organisation and open course, to accredit internal trainers and internal and external coaches and mentors.

He came to Ireland in 2014 and is Senior Faculty Member of Kingstown College.  He runs the Advanced diploma programmes in Coaching, Corporate Well-Being, and Mentoring.  He is a regular speaker and facilitator at events focussing on Mentoring, Coaching and Leadership Development.